NAPOLEON AND THE DEVIL is the behind-the-scenes story of the Corsican commoner who rose from nothing to become Emperor of France. Told through the eyes of Talleyrand, the political mastermind who latched onto the young Napoleon’s rising star and placed him on the throne of an empire vaster than Rome, the drama unfolds as a clash of titanic wills. Talleyrand thinks he can manage the extraordinary man he’s grooming for greatness. What he isn’t prepared for is Napoleon’s sheer force of character - and his obsession with Josephine. In the battle to come, Napoleon and Josephine will play out one of the world’s most iconic love stories, while Talleyrand will emerge as the devil incarnate.

Notes
Minimum cast size: 15 (10 male / 5 female) Multiple roles are played by all actors with the exception of Napoleon and Talleyrand

Lead / Baritone / Age: 30-50+ / A career politician who spots the talent in a young ‘nobody’ and manipulates events to facilitate Napoleon’s rise. With a serpent’s charm, Talleyrand is able to beguile one instant and destroy the next.

Lead / High Baritone / Age: 20-30 / A soldier who rises from nothing to become Emperor. Charismatic, brilliant, and driven by an unrelenting ambition. A diamond in the rough, Napoleon’s energy and manner throughout is closer to that of a street fighter than the sovereign he becomes. Obsessed with two things: success and Josephine.

Lead w/ doubling / Alto / Age: 25-35 / An aristocrat whose need to survive after the Revolution finds her playing mistress to the corrupt leader of the new government. She uses Napoleon’s attraction to her as a way out of her imprisoning affair, never thinking that she will actually fall in love with him. Strong, sensual and very much aware of her power over men – particularly Napoleon.

Support w/ doubling / Baritone / Age: 20-30 / The debauched and corrupt leader of the revolutionary government, his abuse of Talleyrand is the fuel that feeds Talleyrand’s desire to plot against him and bring about his downfall. When Napoleon overthrows Barras he is liberator of not only the nation, but Talleyrand and Josephine as well. Barras is the keeper of the secret that will ultimately pit Napoleon against Talleyrand, his maker.

Support w/ doubling / Baritone / Age: 18-25 / Napoleon’s younger brother. Trusting, idealistic and naive. His belief in the promise of the Revolution and his brother’s vow to uphold it, is instrumental to the success of the coup that brings Napoleon to power. When that vow is broken, Lucien challenges Napoleon, only to become the first personal casualty of an ambition that will ultimately lay waste to a nation.

Support w/ doubling / Mezzo / Age: 25-35 / The most wealthy and influential society woman in Paris, Thérèse loves a party and is Josephine’s closest friend. It is her money that bankrolls the coup that brings Napoleon to power, and her friendship that brings a shattered Josephine final comfort in her dying days after Napoleon has abandoned her.

Support w/ doubling / Tenor / Age: 18-22 / A young soldier in Napoleon’s army, Anton unquestioningly follows his leader and the dream of the new world he’s fighting for. For Anton, anything is possible, even marriage to Clarice, a girl far above his station. He pays dearly for his blind belief, freezing to death in Russia in the aftermath of Napoleon’s ill-conceived invasion.

Support w/ doubling / Alto / Age: 18-22 / The spirited, naive daughter of General Henri, Head of the War Ministry, Clarice marries Anton and becomes part of the imperial court. When news of the failure of the Russian invasion reaches Paris, Clarice is one of the thousands of new mothers left waiting and hoping for the safe return of their husbands.

Support w/ doubling / Baritone / Age: 20-30 / A brutish and unscrupulous low-ranking civil servant, Fouché is one of two henchmen serving Talleyrand. Physically bear-like, he makes for an odd pairing with Talleyrand’s other henchman, the rodent-like Garrau.

Support w/ doubling / Tenor / Age: 20-30 / An obsequious and oily low-ranking civil servant, Garrau is one of two henchmen serving Talleyrand. Physically rodent-like, he makes for an odd pairing with Talleyrand’s other henchman, the brutish Fouché.

Support w/ doubling / Bass / Age: 40s / Leader of the government in Napoleon’s homeland of Corsica, Paoli and his soldiers deliver the wounds that will shape Napoleon’s destiny when he is violently beaten after standing up to the authority of the Corsican government.

Small Feature w/ doubling and ensemble / Tenor Age: 20-30 / Possessing Adonis-like good looks, Hippolyte is an aristocrat who Josephine has an affair with immediately following her marriage to Napoleon. The resulting pregnancy is kept from his knowledge – a secret known only to Josephine, Thérèse, Barras and Talleyrand.

Multiple roles / Soprano / Age: 20-30 / Covers a wide variety of roles from peasant to society lady, foot soldier to new mother, lady in waiting to member of the imperial court.

Multiple roles / Soprano / Age: 20-30 / Cover a wide variety of roles from peasant to society lady, foot soldier to new mother, lady in waiting to member of the imperial court.

Please contact me to license my piece.
Andrew Sabiston

Note: All other past productions went under the show title Napoleon 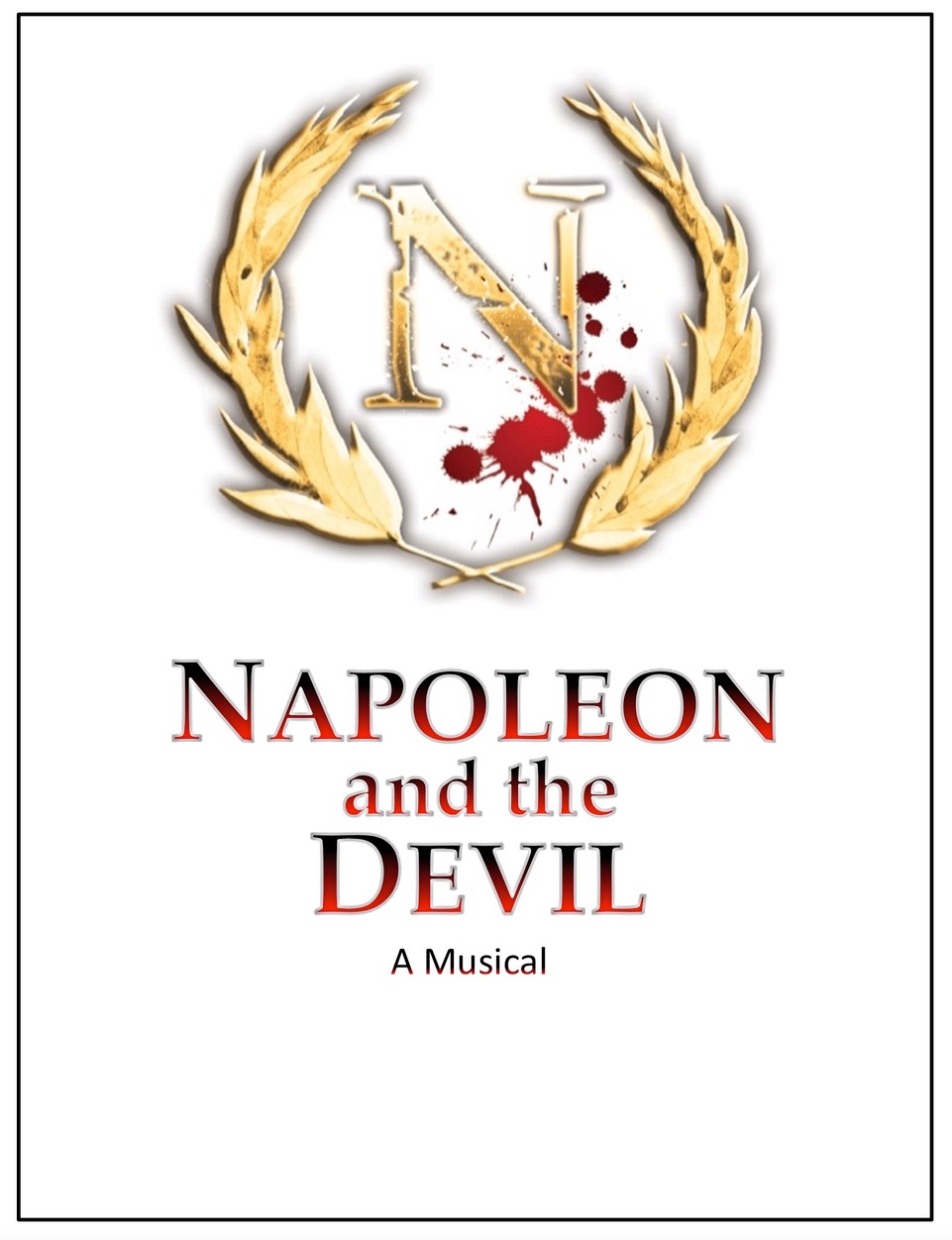 Behind every throne there is a power.

“NAPOLEON is a must-see at this year’s NYMF. Its themes are as relevant in today’s modern political scene as they were in the time of Napoleon.”
New York Theatre Guide

NAPOLEON AND THE DEVIL is a re-imagining of the musical NAPOLEON that had productions in Toronto (1994) and London’s West End (2000). Three new productions under the direction of Richard Ouzounian in 2009 (Barrie's Talk Is Free Theatre), 2015 (The New York Musical Theatre Festival) and 2017 (Seoul, South Korea) saw the book and score extensively rewritten, with Ouzounian and the authors moving it away from the linear, biographical story of its beginnings. Now “an audacious spin on history that makes for thrilling drama,” (Theatre Mania, New York) NAPOLEON AND THE DEVIL has a central conceit similar to AMADEUS, in which the story of a well-known public figure is told through the eyes of a complex, lesser-known character with deep, dark secrets. The “devil” of the title is Talleyrand, the Machiavellian politician whose influence helped make and break an emperor. “The musical’s themes are as relevant in today’s modern political scene as they were in the time of Napoleon.” (New York Theatre Guide). Conceived for both small-scale and large productions, NAPOLEON AND THE DEVIL can be staged as intimately (New York) or grandly (Seoul) as desired (see reference videos). In the summer of 2022, it will have its European continental debut in The Hague, Holland, in Dutch.

A native of Corsica, Napoleon was a disenfranchised outsider at the beginning of his career. At that time, there was a great deal of prejudice against Corsicans for a variety of reasons, one of them being their darker complexions which marked them as being ‘inferior'. In the musical, we see the derisive treatment Napoleon received as fueling the fire of his rally cry which called for sweeping systemic change – an urgent need in his time that is no less urgent in ours: Liberty for all; Equal opportunity and respect for every citizen, regardless of race, religion, class or creed. These central themes, with their parallels to the struggles of today, give the musical a potent, modern relevance. 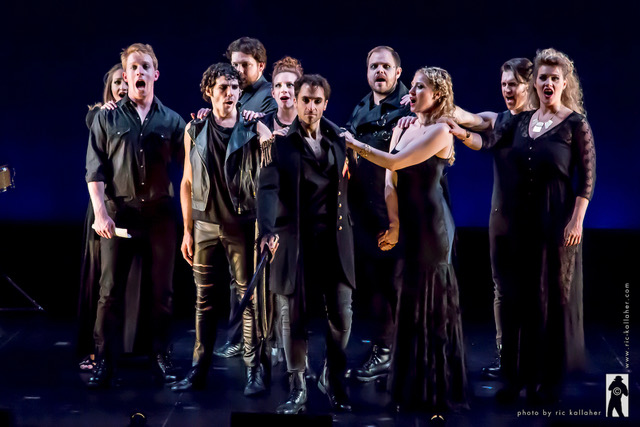 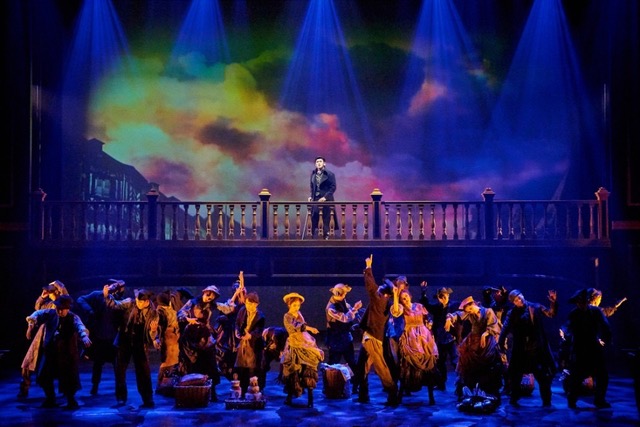 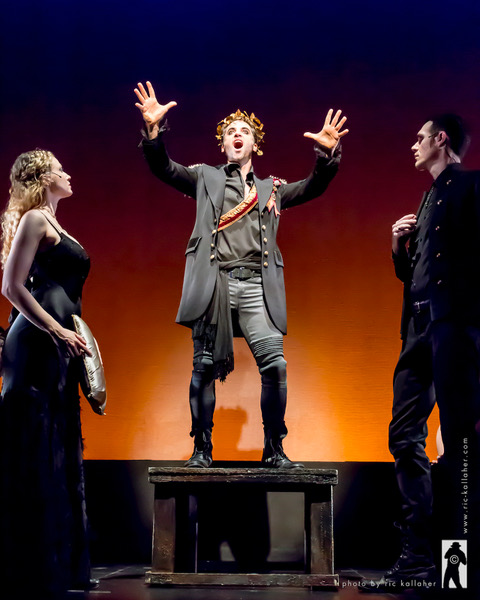 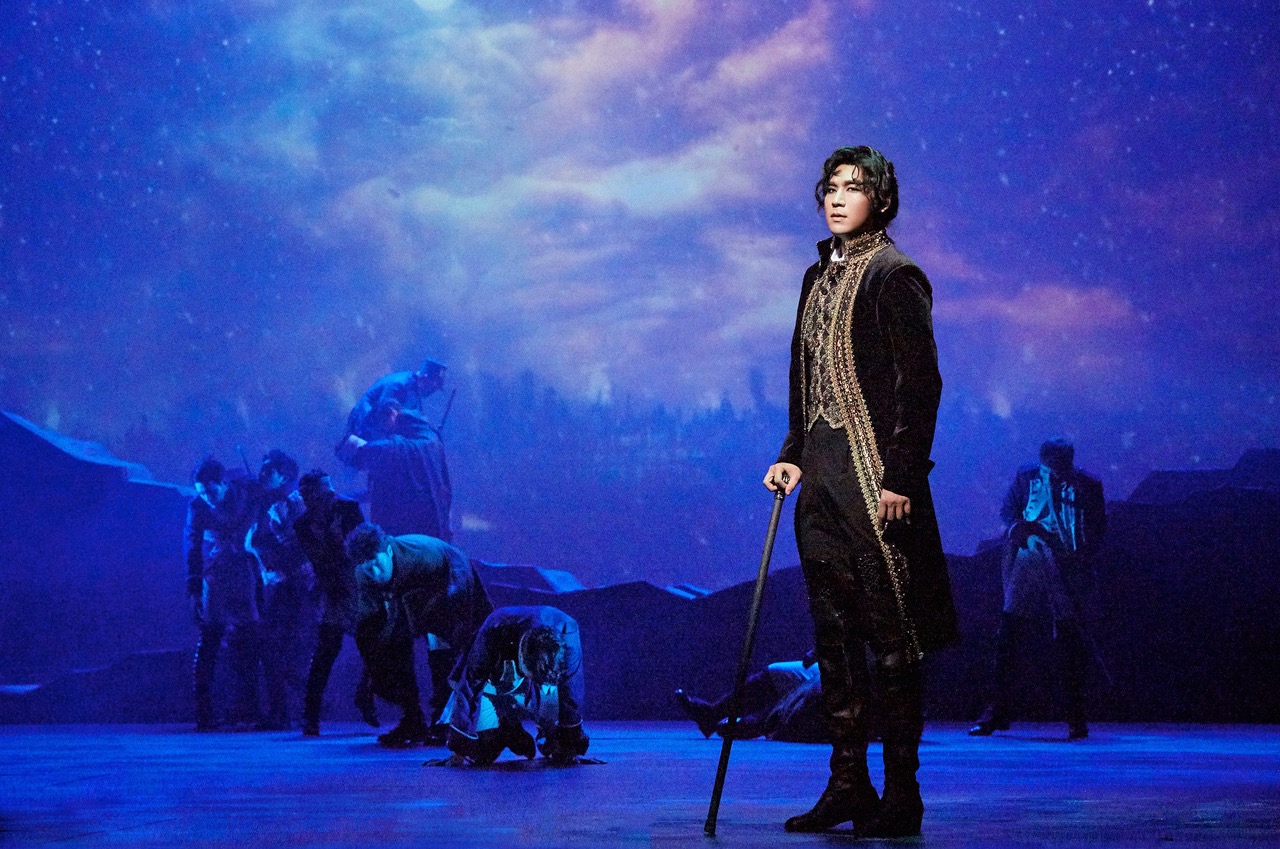