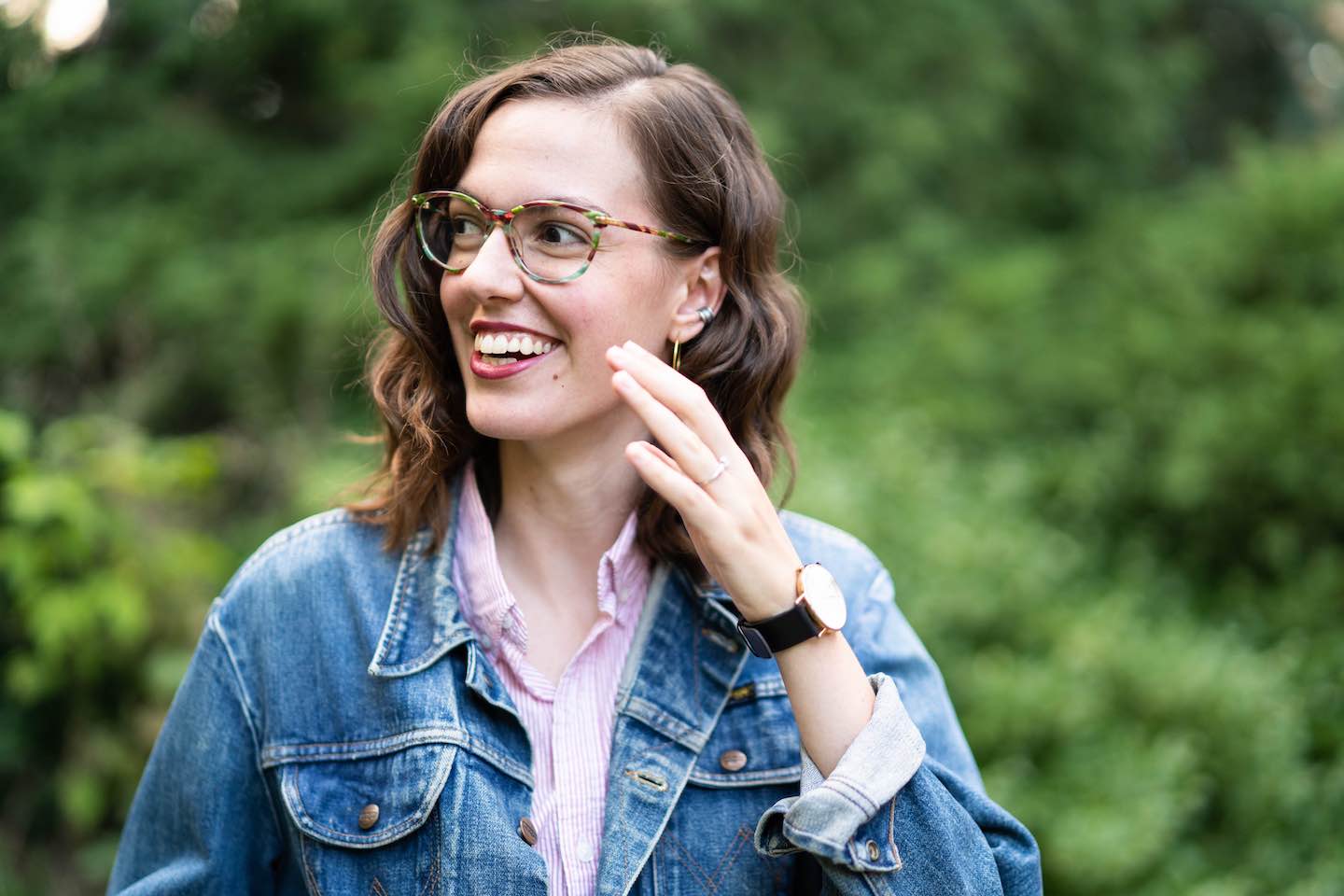 ALI JOY RICHARDSON (she/her) is a writer, director, educator, and counselling therapist-in-training. She’s newly based in her home province of Mi’kma’ki/Nova Scotia after over a decade of living and working in Tkaronto/Toronto.

She has made theatre in Edinburgh, Vancouver, Berlin, Halifax, Edmonton, and Toronto in museums, office buildings, basements, hospitals, cafés, art studios, defunct record shops, closed schools, kitchens, and harbours. She is currently training to become a therapist alongside her art. Ali was the Artistic Producer of Toronto's Paprika Festival from 2017-2019, which provides year-round theatre training and professional mentorship to young artists and presents a festival of their original work each spring. Ali has completed directing residencies with the Canadian Stage Company and the Musical Stage Company, and was a member of Nightwood Theatre's Write From the Hip playwriting unit. Her play A Bear Awake in Winter (about a high school band class) ran to critical and audience acclaim on the main stage of Toronto’s Next Stage Festival and was published by Scirocco Drama in 2019. She’s the director and book-writer of One Deep Breath (with Education Arts Canada and Juno Award-winning songwriters Judy and David Gershon), a quartet of touring musicals about mental health for preteens. The series has been performed for over 50,000 students since 2017 (with support from the Ontario Trillium Foundation). Ali directed In Real Life (a dystopian coming-of-age musical by Nick Green & Kevin Wong) for Sheridan College’s prestigious Canadian Music Theatre Project. She is currently developing her musical Believers about a Catholic youth group (with composer/co-lyricist Kevin Wong) which has received support from Randolph College’s Music Theatre Incubator, the Musical Stage Company, and Talk Is Free. She is the director of Cowboy Tempest Cabaret, a lawless, musical adaptation of Shakespeare’s The Tempest which features a cast and creative team of disabled and non-disabled artists from across Canada. It will premiere in Toronto with the Musical Stage Company. Ali has co-created and produced four shows for the Toronto Fringe, including the interactive Andy Warhol Presents: Valerie and The Dinner Table (a series of dinner parties with strangers and storytelling). Her solo show Roxy (about an unorthodox motivational speaker/self-defence coach) was a hit in the 2018 Toronto Fringe, was remounted in Convergence Theatre's Catapult Festival, and will be produced in Halifax in late 2022. Some of her plays-in-progress are The Woods (about a boy who brings a gun to school), The Woman in the Wall (about a medieval female mystic) and Mall Santa (about a mall Santa).

Ali has taught at Brock University, Mount Allison University, George Brown College, Randolph College, Sheridan College, Suitcase in Point, the Toronto Fringe (TENT Program), and the Paprika Festival. She is a graduate of the Theatre and Drama Studies Program at Sheridan College and the University of Toronto Mississauga. Besides theatre, she loves running, talking late around a kitchen table, and a good ghost story.