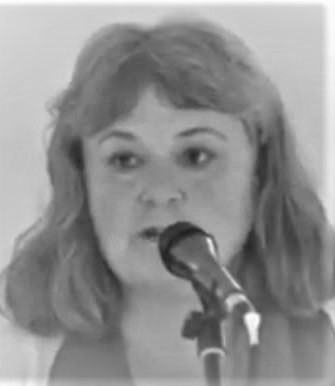 J. Ivanel Johnson is the pen name for a disabled author/poet/playwright and sometimes-actress who now lives remotely in the Appalachians of New Brunswick. A graduate of Queen's ACE program (Artist In Community Education, only 20 chosen nationally at the time), she is a former high school English/ Drama teacher, a musician and conservationist.

Striving always to write about marginalized and culturally-diverse characters, many based on people from the First Nation reservations or inner cities where she has taught, her imagination nonetheless has most soared whilst living "Out and Up" - in the highlands of Scotland, the moors of Yorkshire, and the Rockies of Montana and the Yukon - all settings for many of her stories. First published in 1979 by the now-distinguished Annick Press of Toronto (then Books By Kids), her most recently-published fiction includes 2019's Iron Bone, a short own-voices story in the Nothing Without Us anthology by Renaissance Press, Ottawa (nominated for a Prix Aurora Award and currently on syllabus at Trent University). In 2020, a long narrative poem, The Door to Gwunvailer came out in the Cat Ladies of the Apocalypse anthology by Camden Park Press (named a Recommended Read and reviewed on ABC and Fox by The Book Break in Aug. 2021) and a shorter poem, Mr. McGarrity’s Hoe, appeared in THEMA Literary Magazine's summer 2020 issue. Two indigenous and disabled-themed works were released in the summer of 2021: Seeing Red by Third Estate Art’s Quaranzine and the short story Thinking Outside The Box by Mollyhouse Literary Journal. In 2022, The Journal of Undiscovered Poets, vol. iii, will publish her lyrical Beyond The Picket Fence and her debut mystery novel is set to be released Sept. 22/2022 by BlackRose (Castroville, Texas). She has appeared on stages from the western United States through to Stratford, Ontario, and in Leeds/Bradford, UK and is proud to have two students currently working in UK film/television and one musical theatre actress working off-Broadway in NYC (as well as a former drama student who is now a poet/lyricist in his own right!). She recently appeared as a character in Canadian playwright Ryan Griffith's radio drama, Fortune of Wolves, audio available on Spotify or through the Theatre New Brunswick website. Two of her co-written shows have been produced: Off The Wall, with Phil Chester, in Leeds and Fanta-Seas, with R. Hodgson in Montana. In 2018, two of her compositions were performed at the 150 Voices for 150 Years concert in New Brunswick. The 2nd edition (hardcover) of her only non-fiction, How To Teach Drama To Kids came out in February of 2020 and her first full-length stage musical Rough Notes is currently in development, winning a 2022 Canada Council for the Arts grant of $20,000 to be professionally workshopped. It was accepted into the 365 Women A Year Playwriting Project for 2021 and should be available on their database soon. 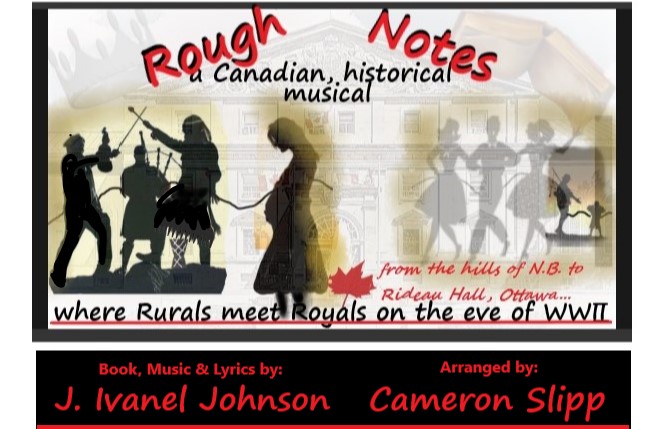 "Where the Rurals meet the Royals, on the eve of World War II"