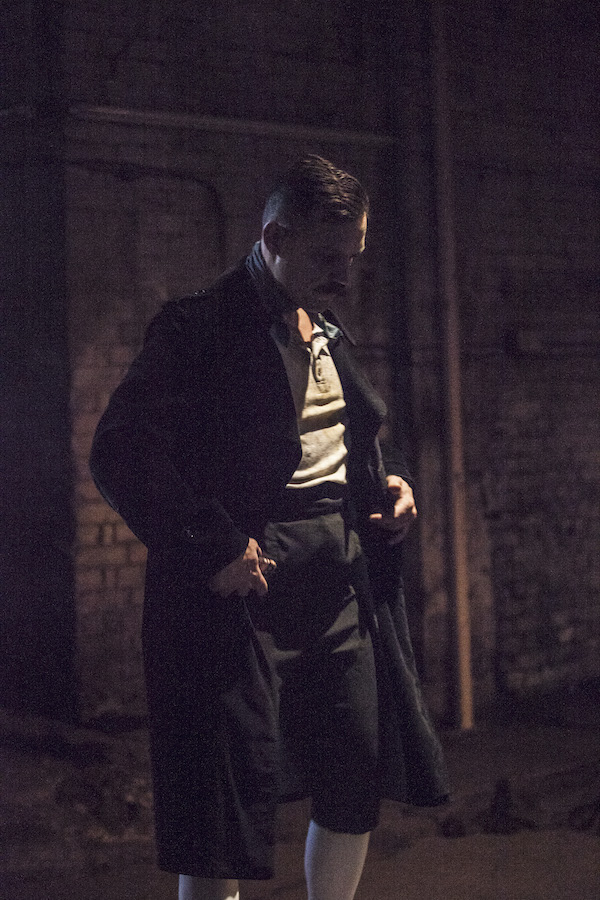 Whether it’s as a broken man seeking revenge, a father hoping for another chance with the woman he’s always loved, a philandering Florentine who barely speaks English, or a failed rocker passing his wisdom to a new generation of prodigies, Michael’s freshness and authenticity as an actor, combined with musicianship and versatility as a singer, have made him one of Canada’s go-to leading men.

Michael Anthony Torontow was born December 12, 1977, in Ottawa, Ontario. Son of Laurence and Silvia, and older brother to Andrea, Michael had no real aspirations of becoming an actor until he performed in his first musical in his last year at Bell High School, where he donned that famous “Technicolor Dreamcoat.” The experience was life-changing, but social and familial pressures kept him on his pursuit of a career in medicine.

While trying to find the desire to excel in his program at The University of Ottawa, he began voice lessons with Soprano Yoriko Tanno and became involved with community theatre groups, playing leads in almost every musical he did. He also won or placed in annual competitions, not just in musical theatre categories but also in classical and operatic singing. With his new calling understood and accepted, he changed programs and earned a Bachelor of Arts in Theatre and a Certificate in Arts Administration. Inspired by some community theatre colleagues who had been cast in Canadian productions of Broadway shows, Michael began travelling to Toronto and to Montreal to audition for a few, including Mamma Mia!, but with no immediate success. In fact, one prominent casting director told him the business wasn't for him. He took that as an acting note and kept trying.

A few months after graduating, Michael moved to Toronto and took another shot at a Mamma Mia! open call. After six callbacks, he was told "no" again (on his birthday, no less), but just six weeks later, a spot in the ensemble of the US National tour opened and they asked him to fill it, marking his professional theatre debut. Then, after two years, 788 performances, and a handful of auditions for Broadway under his belt, he landed the part of Link Larkin in the original Canadian company of Hairspray.

After Hairspray, Michael continued to pursue work in theatre throughout Canada, performing in theatres from coast to coast. While at home in Toronto, he began diversifying his career, breaking into commercials and television. He played a handful of small roles over the years before landing what was his breakout TV role as Mr. T in the Family/Temple Street/Netflix series, Lost and Found Music Studios, a spin-off of the dance-based tween phenomenon, The Next Step. He has sung at weddings, corporate events, and is arguably most “famous” for helping remind you to switch modes on your phone in the Air Canada in-flight safety video.

In 2016, he earned a nod for Best Supporting Actor in a Musical for his second bow as Giuseppe Naccarelli in The Light in the Piazza, this time at Theatre Calgary (the first was in the Dora-nominated production with what was then Acting Up Stage Company, now Musical Stage Company), and in 2018, for his turn as Sam in Mamma Mia! with The Arts Club in Vancouver. In 2019, he did his first one-person play, Every Brilliant Thing, with Talk Is Free Theatre, where he will also be officially adding “director” to his list of accomplishments. He also composes really long sentences. He aspires to be the Alfonso Cuarón of sentence-writing.

Michael lives about an hour’s drive west of Toronto (traffic?) in Dundas, Ontario, with his partner, Matej, and their small flock of chickens and ducks. Ducks! 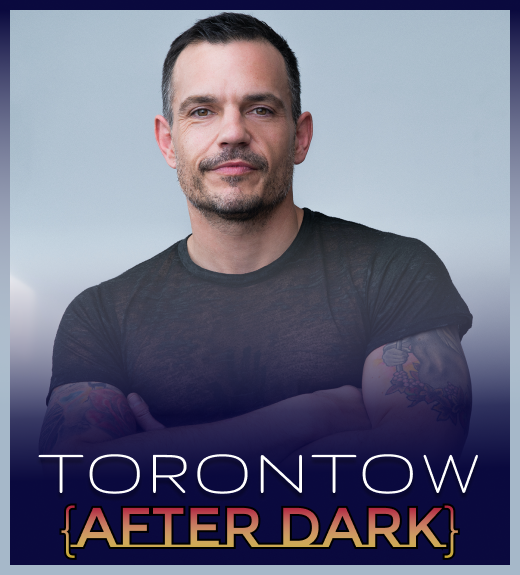 Michael Torontow at his best, using musical theatre songs to tell the story of his journey to happiness