An OLDER WOMAN is about to celebrate her 90th birthday; SHE sits with a quilt on her lap - stitching. All around her are objects she considers to be important talismans of her life – quilts hung, paintings on easels, bits and pieces of memorabilia. As SHE quilts, and as SHE waits to be joined by one person SHE is particularly expecting, SHE talks to the audience about her life. [#1 “Anyone Can Change The World”]

‍
A YOUNGER WOMAN arrives, a bit puzzled about being there. SHE strikes up a conversation with the OLDER WOMAN, who asks to be reminded about what it feels like to be “almost 18 again”. The YOUNG WOMAN tells her. [#2 “Extraordinary”]

‍
The YOUNG WOMAN becomes interested in the OLDER WOMAN’s life, and asks to see some old photos. The OLDER WOMAN brings out a dusty box. [#3 “Almost As If It Were Yesterday”]

‍
The OLDER WOMAN admits to having wanted to be a doctor when SHE was younger but, given the circumstances of her life, had to settle for becoming a nurse. The YOUNGER WOMAN, who wants to be a Doctor herself, is outraged on the OLDER WOMAN’s behalf. [#4 “Doctor Boyd”]

‍
Although the OLDER WOMAN denies having done anything of significance in her life, the YOUNGER WOMAN refuses to believe that. Finally, the OLDER WOMAN describes one accomplishment of which she is particularly proud. [#5 “Road Trip!”]

‍
The OLDER WOMAN is unsettled, and engages in a conversation with the AUDIENCE, about compromise, about what accomplishments are important, about what truly makes a life “Extraordinary”. [“Anyone Can Change The World (Reprise)” - not included among the mp3s]

‍
The YOUNGER WOMAN returns, apologetic, more curious now than angry. SHE learns that the man SHE had expected to marry dies in WWII; SHE asks about the man that SHE eventually will marry, and the OLDER WOMAN tells her. [#7 “Glasses And A Smile”]

‍
The two WOMEN share a mutual disappointment, but they also forge a stronger bond, and a mutual realization that whatever the disappointments and challenges of one’s life, there is always still the potential to succeed in ways one might never expect - and to, despite everything, become “Extraordinary”. [#8/8A “When I Grow Up/Extraordinary (Reprise)”]

About to celebrate her 18th birthday; intelligent, feisty, inquisitive, courageous; she discovers that she is, in fact, the younger version of the older woman. Soprano.

Please contact me to license my piece.
Jim Betts 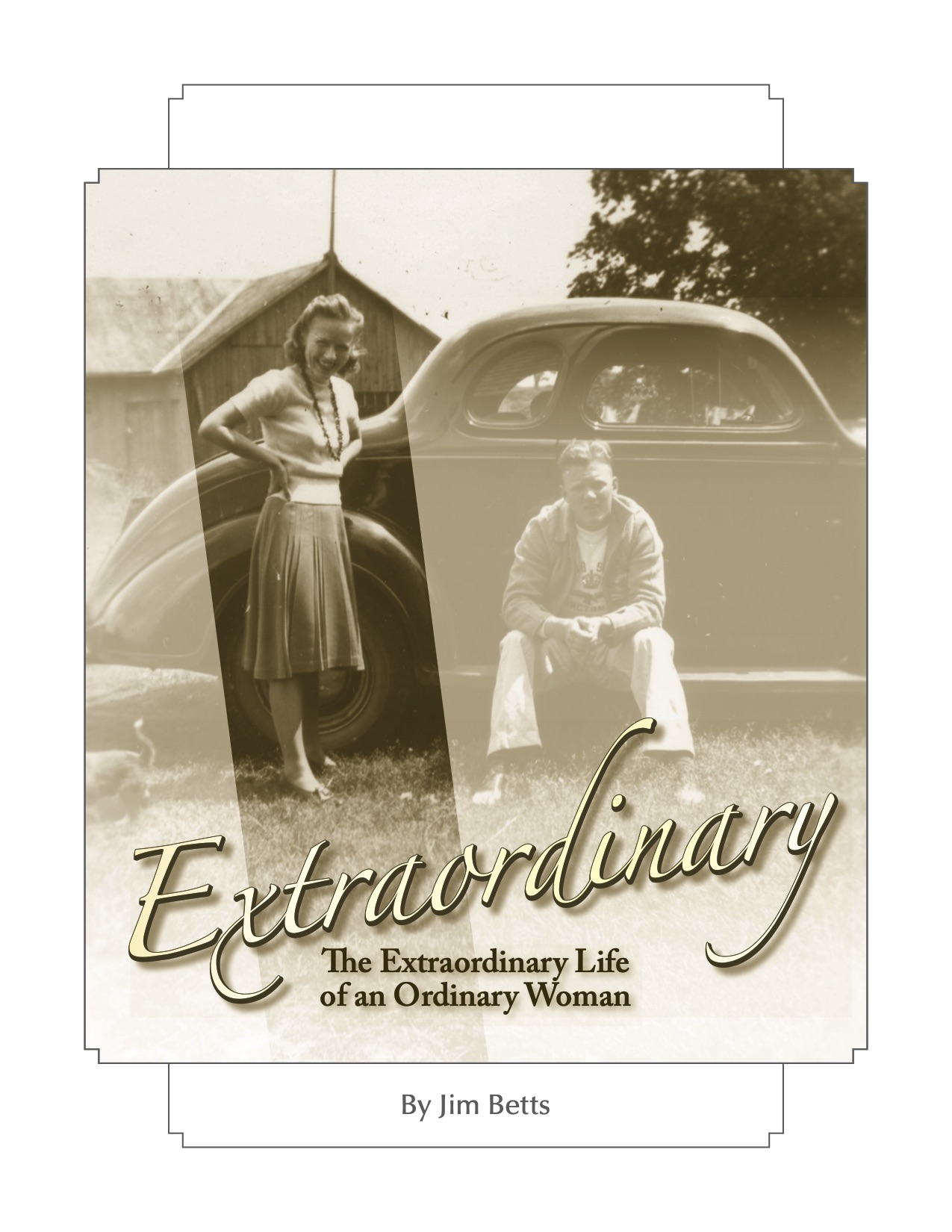 A woman celebrating her 90th birthday welcomes her 18 year old self to the party.

"This made me feel Extraordinary!"
Audience member at first performance, 2009

What would happen if a 90 year old woman got to meet herself as she was at 18? What would they talk about? How happy or upset would the 18 year old be with the choices the 90 year old made along the way? This is the story of my mother, and perhaps yours. Written to celebrate my own mother's 90th birthday, this show has become one of Smile Theatre's most successful and empowering productions.
Full synopsis

This is the true story of a Canadian woman. It's a universal story, and not "Canadian" in the poutine/beaver/famous-Canadian-Anne-Shirley school. [So how "Canadian" a Canadian Musical is it?]