A young girl from An Undesirable Country is kicked out of her home by her Father-who-is-Not-Her-Father. Adopting the nickname “Matchstick”, for her unthreatening appearance and fiery nature, she sets out to find a new life. She meets a charming man from The Land of Freedom and Opportunity who promises her a happy ending. But this fairytale full of whimsical magic collides head-on with a dark historical event.

Notes
Two actor-musicians. This show is mostly driven by a guitar and accompanied by many small hand instruments.

A charming young man from the Land of Freedom and Opportunity. Guitar, loop station, percussion. Also plays many supporting characters.

Please contact me to license my piece.
Nathan Howe

Mind of a Snail 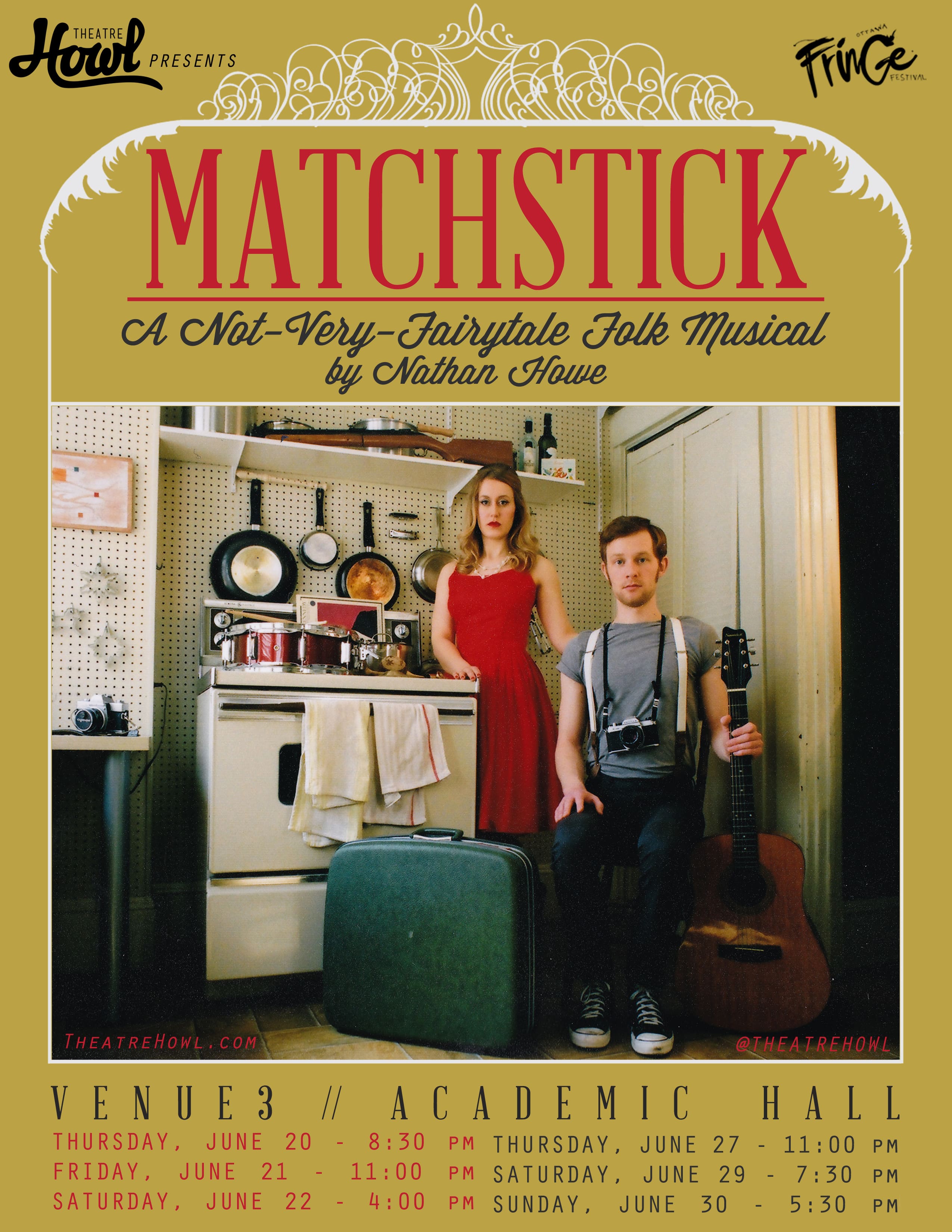 A not-very fairy-tale folk musical based on the life of the wife of one of the world’s most hated men.

“All this keeps you just a little off balance, perpetually unsettled in the same way that Matchstick is ever-wary even as she sinks deeper and deeper into a story that is not of her own making.”
Capital Critics Circle
“There is nothing predictable about this odd and highly original folk musical, or the rustic, hand-made way it sets its strange story forth onstage.”
Edmonton Journal

Based on the early life and romance of Marina and Lee Harvey Oswald, this charming, disarming, whimsical two-hander was an award winner and top seller on the Canadian Fringe circuit in 2013. Two actor-musicians armed with an overhead projector tell a classic fairytale about meeting a handsome stranger, getting married, and moving across the ocean. But it doesn't end there. Matchstick's new husband refuses to teach her the language, refuses to let her leave the house, and disappears into his politics. This is a storytelling show full of whimsy and conspiracy. The music is driven by the main character's life, disappearing as she feels she is in the world. But is she really free when it comes back? 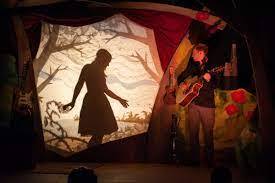 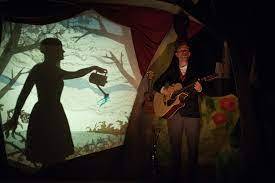 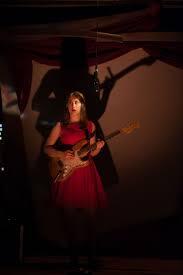