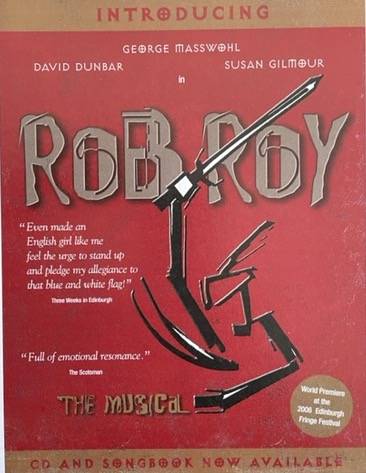 ROB ROY is a new musical on a legendary Scottish hero from the late 17th and early 18th centuries.

ROB ROY is a new musical on a legendary Scottish hero from the late 17th and early 18th centuries. The story covers a dramatic period in Scottish history, shortly after the Act of Union, and begins with the Duke of Montrose declaring Rob a wanted man due to the disappearance of One Thousand English Pounds he had lent him to purchase cattle. For ten years, Rob was pursued, often captured, but always escaping, and in the process he became the stuff of legend and a rallying voice for the Jacobite cause. His love story with the exceptional Mary MacGregor sustains them through unbearable hardships. It is a story of love, honour, and loyalty entangled with the terrifying politics of lies, greed and treachery. High drama indeed, and opportunities for a soaring musical score. 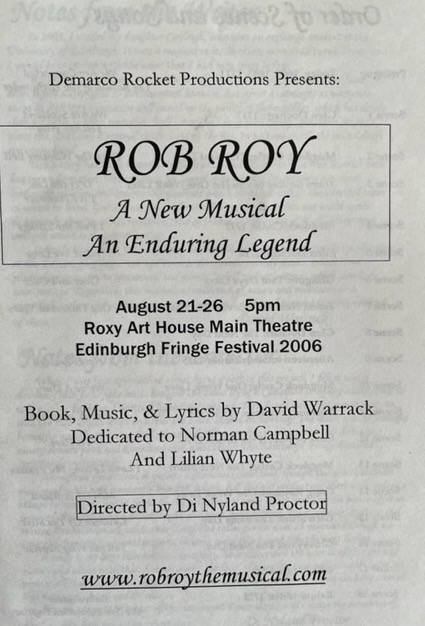