Space. The Big Empty. We open with a Hollywood style fly-through of the cosmos, as we’re reminded in song
of just how insignificant we all are. (“Space is Really Freakin’ Big / Slow Camera Pan”.) Close up on an
abandoned starship, now being boarded by Vega, the Pirate Queen of the Stars. Trailing behind her is
R.I.G.E.L., her trusted android companion. Vega is certain this derelict ship is the battlecruiser she trained
on. She hopes that by recapturing it she can go back to being the person she used to be, before she was
pigeonholed as a glamorous galactic pirate leader. (“The Pirate Queen of the Stars”.) R.I.G.E.L., on the
other hand, is certain of two things: that he is madly in love with Vega, and that he’s terrified at the thought
of telling her.

Enter Lord Rastaban Starsmiter, a shadowy nerd-overlord with an agenda of his own. He’s been waiting
here for Vega. He outlines his plans to turn the ship into his own private Death Moon, and to take Vega as
his space-bride. (“Great Big, Pimped-Out Death Machine in the Sky”.)

Vega isn’t amused by Starsmiter’s offer, and at that moment they hear a massive explosion. Enter Captain
Lance Thruster of Star Army. Hell-bent on bringing Vega to trial for piracy, he’s just crash-landed his shuttle
in the docking bay, destroying Vega’s and Starsmiter’s ships in the process. These three mortal enemies
are now trapped together on the ship. And, it turns out, they’re not alone. Someone – or something – is
lurking in the darkness. (“Mexican Stand-Off in Space”.)

They split up. Thruster and R.I.G.E.L. head off to try to fix the communication system. Thruster, as an
infamous galactic lothario, immediately senses the android’s feelings for Vega, and – in a graphically TMI
song about his own alien “conquests” – encourages R.I.G.E.L. tell Vega how he feels. (“Let There Be Love”)
The robot timidly tries to figure out how. (“Artificially Yours”)

Meanwhile, Vega and Starsmiter have made it to the bridge, only to discover that an epic space-battle
between their own respective armies is about to take place all around them. And this battle has been
sparked by Vega’s old shipmate Eridani – now transformed into a malevolent alien entity intent on
destruction.

Using R.I.G.E.L. as a space-hoverboard, Vega defends the ship. (“BattleBattleBattle!”) She returns to find
Eridani even more powerful than before, and Starsmiter preparing a candle-lit dinner in a misguided attempt
to make a good second impression. She distracts him long enough to activate the self-destruct sequence in
the hope that it will destroy Eridani (“Self-Destruct Sequence Countdown Tango”). She and R.I.G.E.L. blast
away in the only remaining escape-pod. Starsmiter chooses to stay behind, sadly confronting the fact that
his plans have failed and he turned out to be less of a villain than he’d hoped (“All I Ever Wanted Was To Be
Loved (And Also Feared By Billions)”). Thruster, who has been trapped in an air vent for quite some time
now, is rescued by the amorous Eridani.

Aboard the escape-pod, Vega and R.I.G.E.L. watch the ship explode, then settle into suspended animation. (“Finale”) Her army has been destroyed, along with her greatest enemy, and it will take the pod hundreds of years to reach the nearest planet. Maybe everyone will have forgotten her by then, and she can start anew. Maybe R.I.G.E.L. will finally be able to confess his feelings to her...

Leader of the space pirates, feared across the galaxy but jaded and weary. Soprano.

A swaggering hotshot with a libido the size of Uranus. Baritone.

full orchestration
1
Parts
Scored for piano with guitar chords, could be expanded to rock combo

Please contact me to license my piece.
Peter Cavell 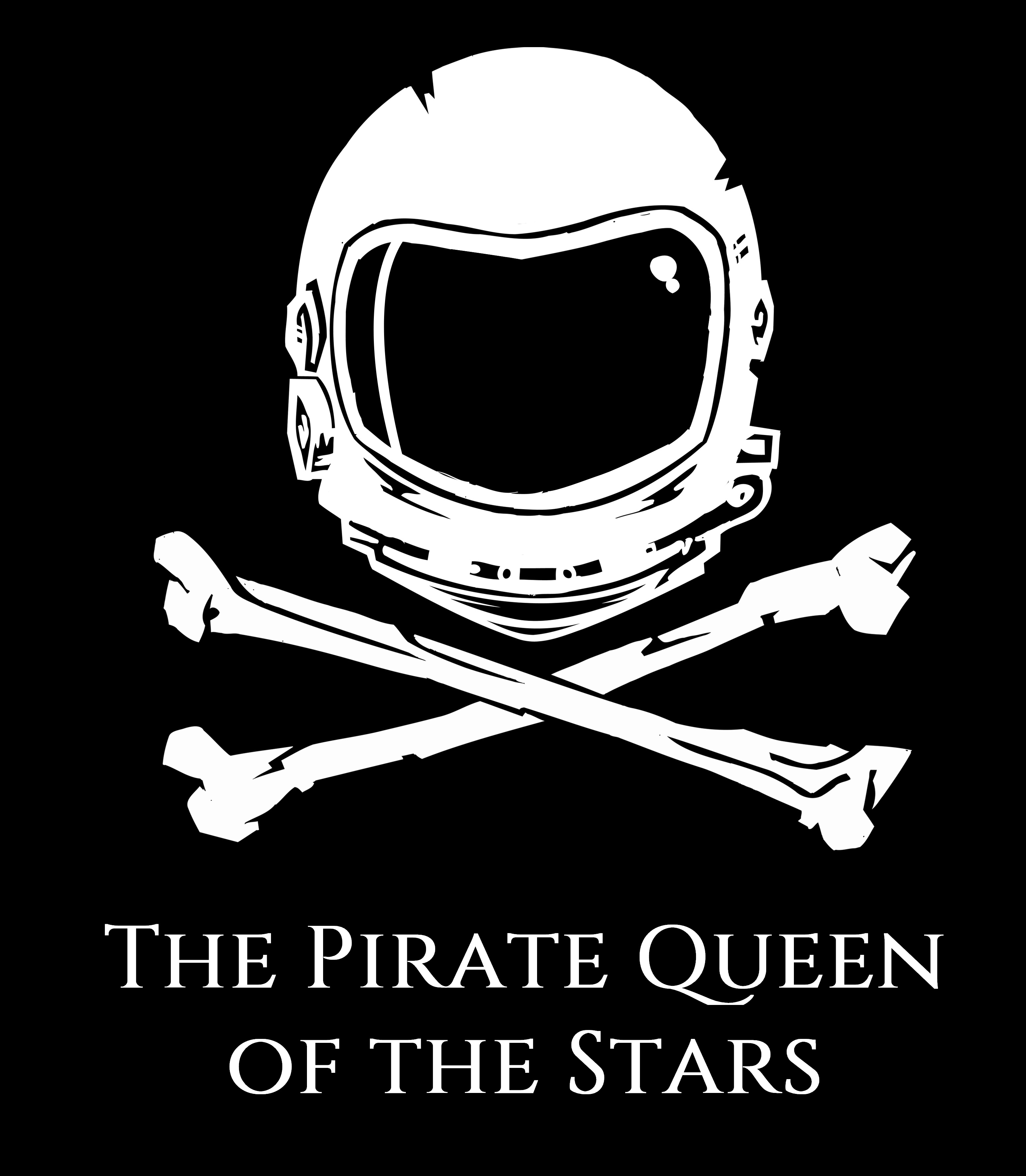 In space, no one can hear you sing

Imagine "Alien" as a musical comedy.  Or picture Darth Vader pausing mid-strangle to sing a rock ballad about how nobody understands him.

In The Pirate Queen of the Stars, notorious space-pirate Vega Valkyria wants out of the business, and all she needs is one last score.  But when she ends up trapped aboard a derelict starship with her two worst enemies and a malevolent alien entity, it’s going to take more than the usual sci-fi plot tropes to get her out alive.

A lovesick android, human-on-alien action, and an epic on-stage space-battle combine to make this a fast-paced, hilarious, rock thriller that puts the opera back in space-opera.

With a successful first self-production under our belts, the show could benefit from workshopping 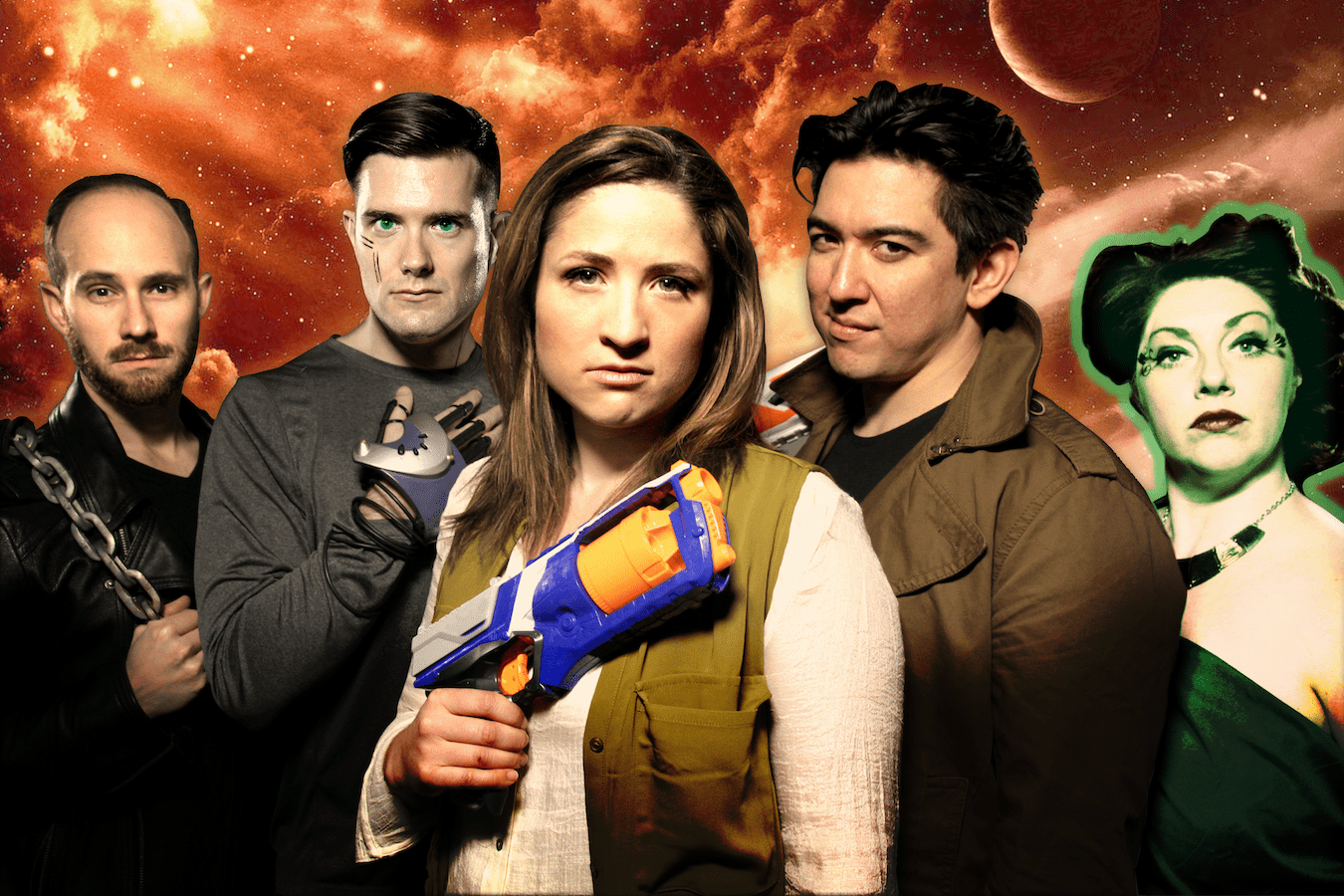 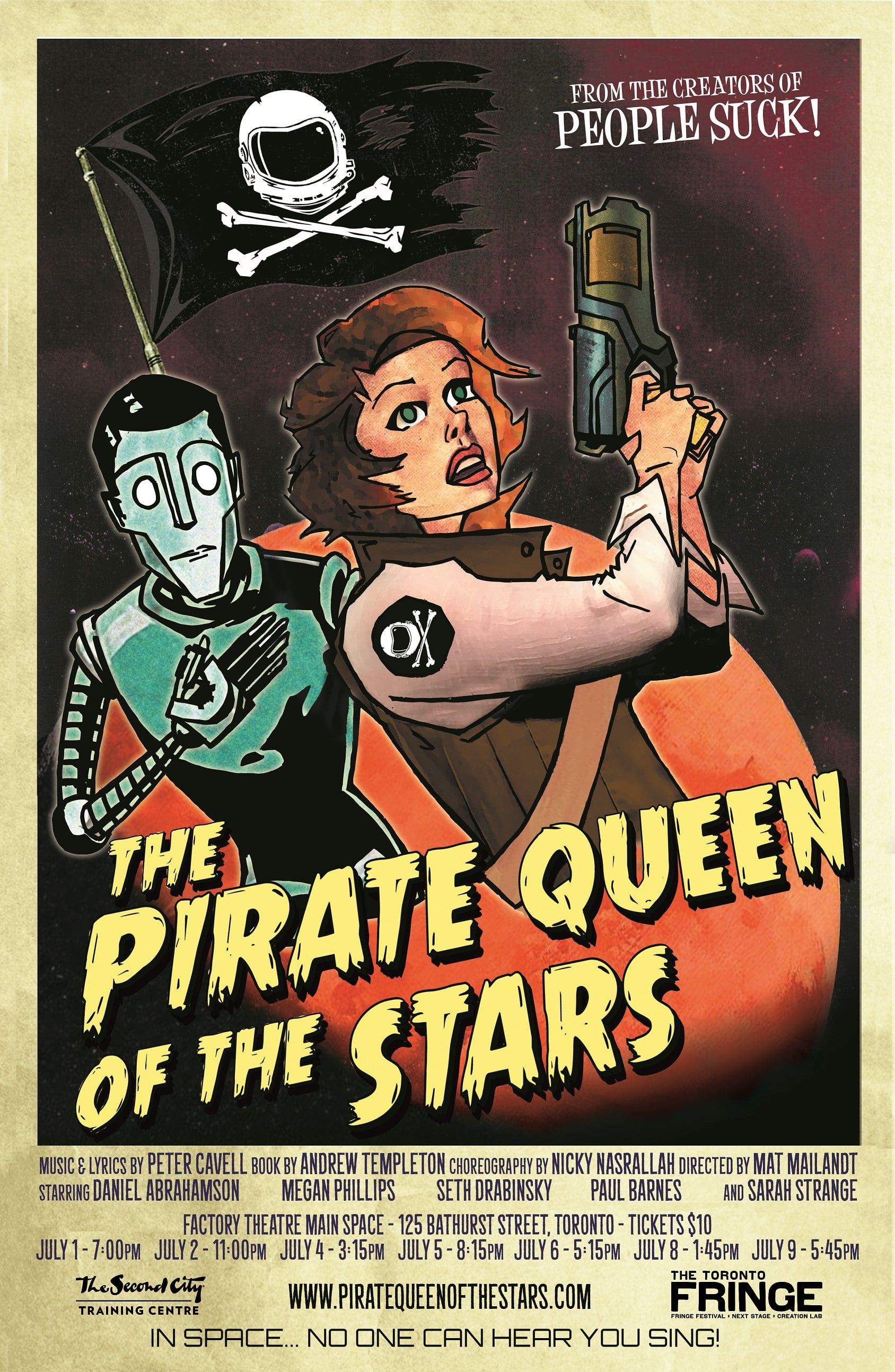 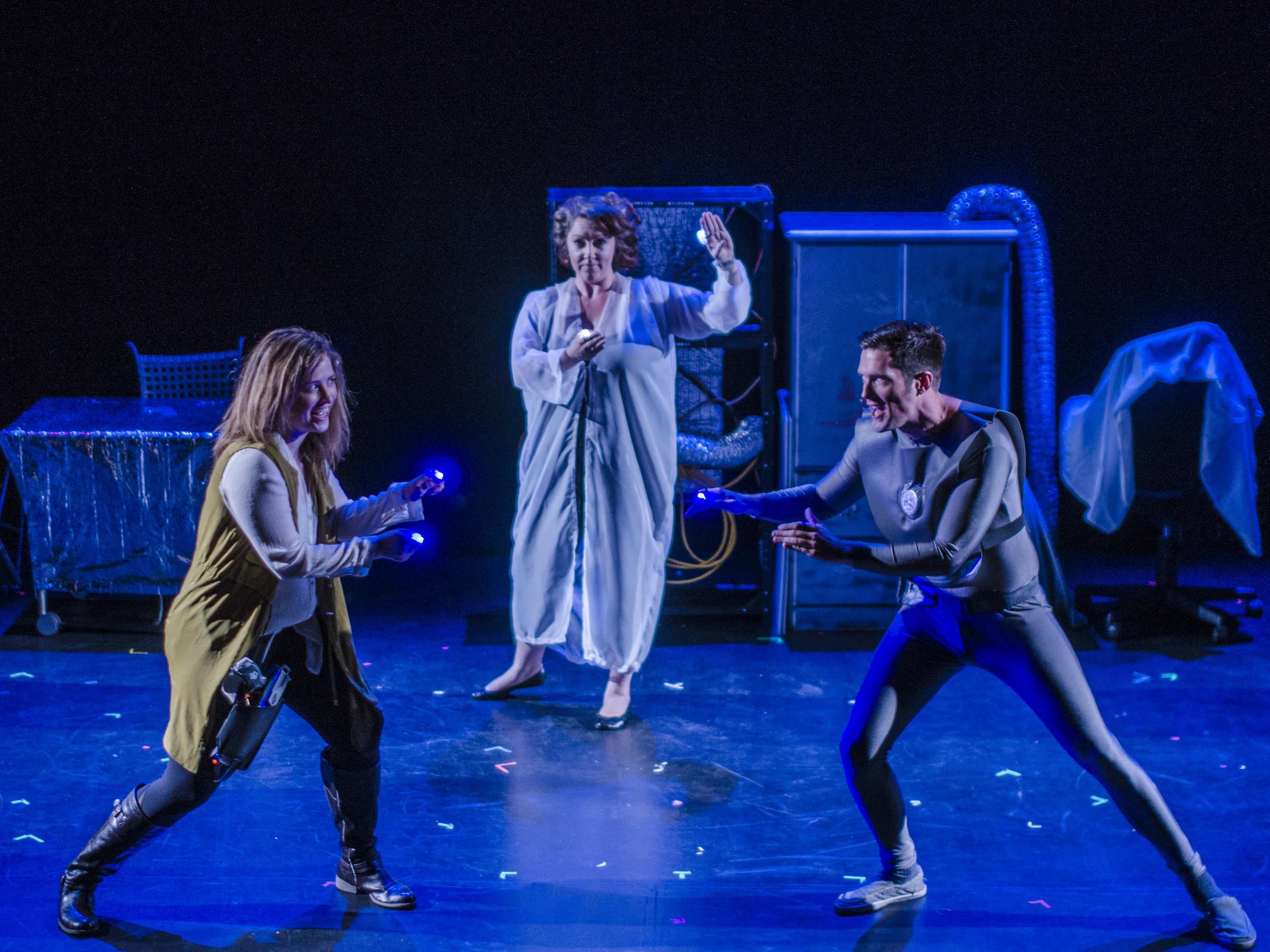 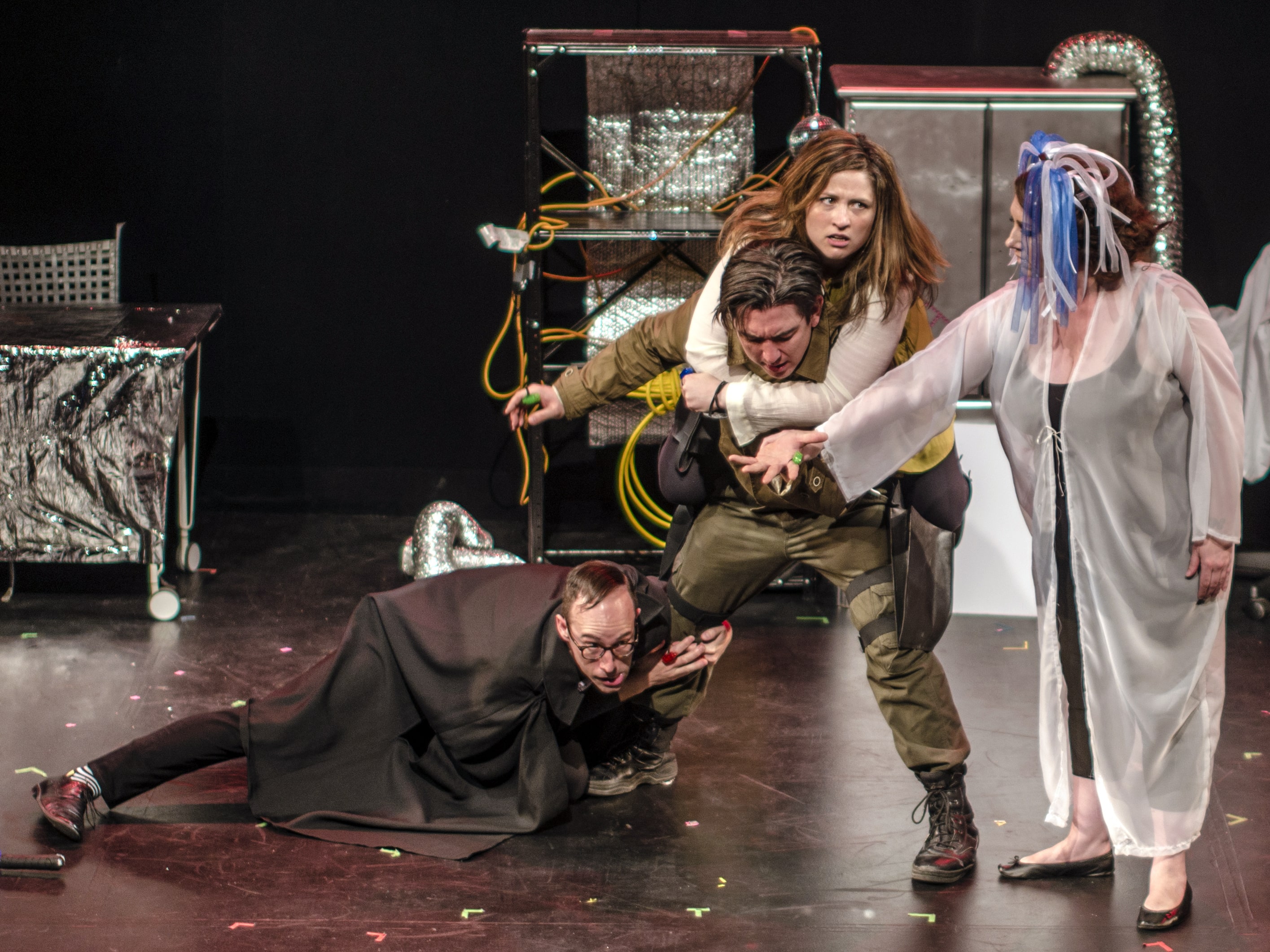